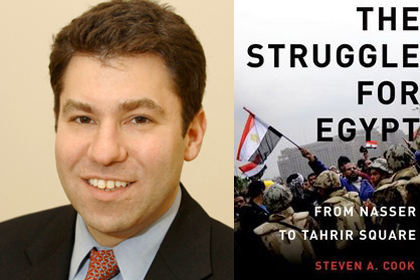 From France to the United States, this year we will see a series of incredibly important elections that can and will change the course of nations. But it’s hardly an exaggeration to say that of all of them, none may be more game-changing than the vote that begins in just 11 days. That’s when the Arab Spring that began in Egypt’s Tahir Square last year will lead to that country’s first Presidential election since the fall of longtime strongman Hosni Mubarak. And the battle, which is turning into a contest between secular and islamist rule, is on. What can we expect? And what will the results mean, not just to Egypt but to the future of freedom in the Middle East? Here to tell us, Steven Cook, Council of Foreign Relations Senior Fellow for Middle Eastern Studies & author: “The Struggle for Egypt: From Nasser to Tahrir Square.” (Originally broadcast 12-16-12 on The John Batchelor Show)