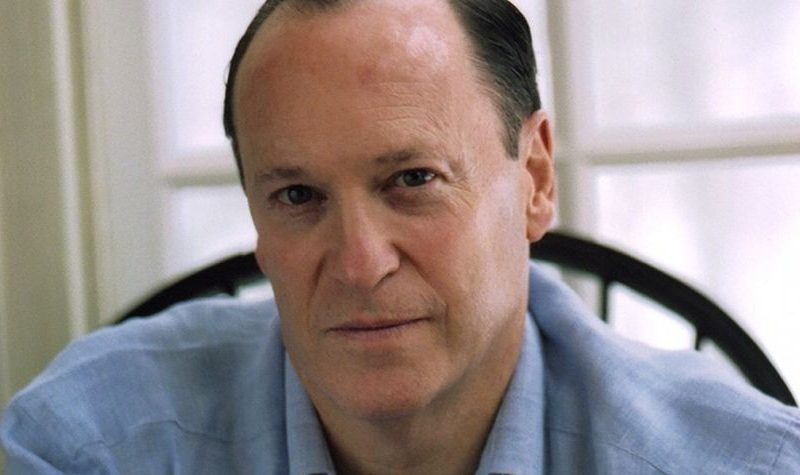 Steven Brill, author of Tailspin: The People and Forces Behind America’s Fifty-Year Fall — and Those Fighting to Reverse It, joined me to discuss what’s wrong with the United States.

Chris: Can the legitimacy of online news sites be rated?

But all of them … When you see a green or a red in your Facebook news feed or your Google search, if you mouse over it, there’ll be a 300 or 400-word nutrition label that will explain the differences between the greens. So if you’re looking at the nutrition label for The National Review, it will explain that it’s historically a conservative news organization that approaches things from that perspective.

The nutrition label for The Nation magazine will say quite the opposite. The nutrition label for CNN will give you some sense of the history of CNN and who they are, what they do. Great stories they’ve done, controversial stories they’ve done. But the whole notion is more informing people than presuming that you can take a website and give it a numerical rating. The Baltimore Sun is X-percent better than The Boston Globe. The point is The Baltimore Sun and The Boston Globe are legitimate news organizations, and The Denver Post is a legitimate news organization, but The Denver Guardian was the phony website that was set up just before the 2016 election to pervade all kinds of fake news like the Pope had decided to endorse Trump.

So that’s the difference, The Denver Guardian versus The Denver Post. And that’s important work, because we have now done a lot of research that says when people see those reds and greens and look at the nutrition labels and they know it’s an organization of journalists who are non-partisan… Everybody’s background, whoever writes the review, they’re background is going to be included. You can see what my background is or what somebody else’s background is. It’s all going to be totally transparent. If people complain, those complaints will be available. It’s all going to be out in the open, not some black box algorithm where we can’t tell you what we’re doing and who we are and why we’re doing it.

Chris: And if a Russian bot tweets fake news at me, I’ll be able to tell that?

Steven Brill: Yes. We will have a swat team working around the clock so that … We will get alerts if anything is trending in any way on any of the social platforms. And if we haven’t rated it yet because they just went online at 4:30 in the morning, we will wrestle that to the ground by 5:30 or 6:00 in the morning.