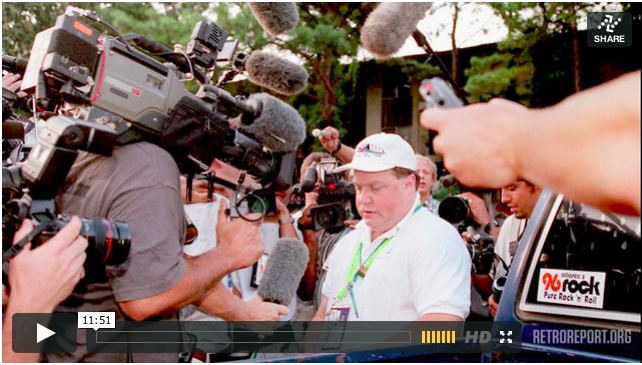 We hear it nearly every time news breaks. The Boston Bombing. Newtown, CT. Even the recent Navy Yard Shootings. Speculation on who did it. Speculation that often is spectacularly wrong.

But perhaps no whodunit speculation was more wrong that what occurred in 1996. The Atlanta Olympics, Centennial Olympic Park. A bomb goes off. One killed; more than 100 injured. But quickly – to nearly everyone’s relief – the FBI had a person of interest. Richard Jewell.

His face and name were everywhere. The media followed him from home to work and back again. According to widespread media reports, Jewell fit the profile of a potential terrorist. Many felt sure we had our man. Of course, it turned out Richard Jewell was missing one key quality: He wasn’t a terrorist. He didn’t commit the crime.

How did the media – and law enforcement – get the story so wrong? And when getting it wrong often means destroying an innocent reputation, why does it keep happening?

JP Olsen and Scott Michels are producers at Retro Report, the non-profit news and documentary group that specializes in following important news events after the headlines faded. Their new video is “Richard Jewell: The Wrong Man.”