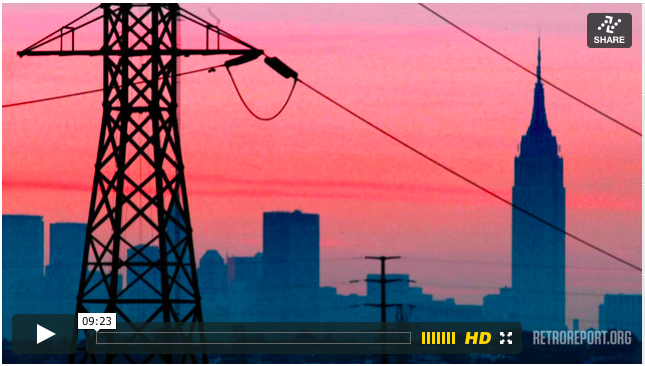 It was the day the lights went out across the East Coast of the U.S. and Canada. Just more than 10 years ago, August 2003, 50 million people from New York to Ottawa were left in the dark.

The first thought for many was terrorism. But then it became clear: This disaster was not the product of some terror network, but of our power network. It had overloaded and shut down.

This was the warning shot many in the power industry had predicted: An old infrastructure, lacking sufficient investment and modernization left millions without electricity. No lights. Elevators stuck. Subways shutdown. For some, no water or bathrooms in the dangerous heat of summer. If bad things happen in the dark, this was a nightmare.

Now, 10 years later, are better prepared? Have we made the investments needed to keep the lights on?

Jonathan Gruber is a director at Retro Report, the non-profit news and documentary group that follows important events after the headlines fade. Their new video is “The Day the Lights Went Out.”