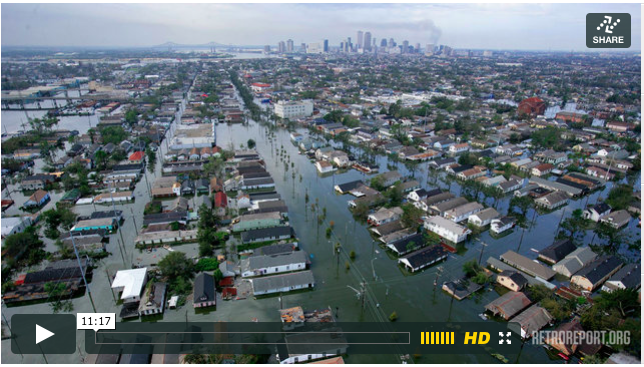 For a while, it was the storm of the century. Hurricane Katrina hit the Gulf Coast in 2005, with a bulls eye on New Orleans. We know what happened. The city lost.

For days, virtually no help to be found. And then for years, very little additional help. The recovery and rebuilding – to the extent it occurred – became a blue print for how to neither recover nor rebuild. If nothing else, out of Katrina’s devastation and hopelessness came the hope that next time, we’d be ready.

Next time was Hurricane Sandy. Almost a year ago to the day, the latest storm of the century hit the east coast, with a bulls eye on New Jersey and Long Island. But in the storm’s wake, did we learn from Katrina’s lessons? Are we getting the recovery right?

Drew Magratten is a producer at Retro Report, the non-profit news and documentary group that follows important events after the headlines fade. Their new video is “In the Shadow of Katrina.”