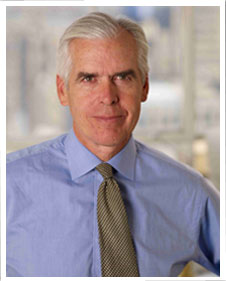 For anyone who looks at our government today and says, “Everything seems great to me. No room for improvement here,” well, today’s conversation is not for you.

Now that that person has stopped listening, here’s what the rest of America can learn from today’s talk: The problem is even worse that you thought. While most discussion on fixing government deals with the politics and the posturing, we instead might want to focus on something much more difficult to fix: Nobody is actually in charge. A mountain of overlapping, contradictory and often unnecessary laws, regulations, oversight committees and more seem designed specifically to block responsibility and accountability – and ensure the status quo.

So how did we get here? How can we get out? And where is the leadership?

Few think about the need to simplify and clarify American government, policies and laws more than Philip K. Howard: Lawyer, author and thoughtful critic of the areas of our political system many others seem to ignore. He is Founder & Chair of Common Good and his new book is “The Rule of Nobody: Saving America from Dead Laws and Broken Government.”