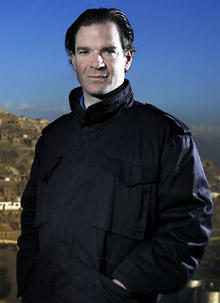 It is just over a year since the hunt for America’s No. 1 enemy, Osama Bin Laden, ended in a one-sided firefight in a walled compound in a middle class suburb an hour outside Pakistan’s capital. That mission’s importance is now being debated in the US politics, but the heart-stopping, frustrating and ultimately for Americans thrilling nature of the 10-year search is undeniable. That play-by-play excitement has been researched and documented by Peter Bergen, CNN national security analyst and the only western journalist to actually interview Bin Laden. His new book is “Manhunt: The Ten-Year Search for Bin Laden from 9/11 to Abbottabad” and he’s with us now. (Originally broadcast 5-12-12 on The John Batchelor Show)