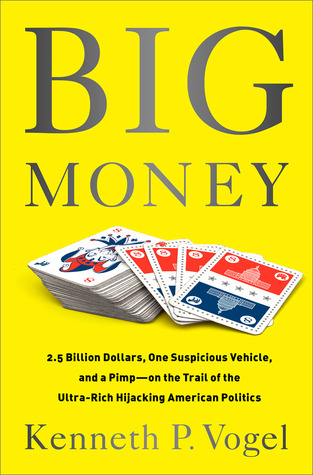 At first glance, today’s conversation might seem as surprising as dog bites man: Money has taken over our political process. I know – not a shocker. But what if I told you that, quite possibly, our next President will be chosen by 5 or 6 of the richest people in America? Or a dozen? Certainly no more than 100?

It’s hardly an exaggeration. From the historic growth of PACs to the Supreme Court’s 2010 Citizens United decision through now the increasing mega-wealth of the top .01 percent, the role of the super rich in politics has grown exponentially. Control of America’s future has shifted from political parties to power players – individuals who bankroll campaigns and collect politicians like sports franchise. And this is no fantasy league.

What does this shift in money and influence mean for our political future? Who are these individuals and what are they doing to our democracy? While you may know some of the names – Koch or Adelson or Soros or Katzenberg – you likely don’t know them all.

Kenneth Vogel, however, does. Ken covers the confluence of money, politics and influence for Politico. He’s also author of the new must-read book “Big Money: 2.5 Billion Dollars, One Suspicious Vehicle, and a Pimp—on the Trail of the Ultra-Rich Hijacking American Politics.”