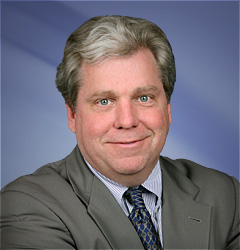 The White House recently announced a change at the top. Not the very top, of course, but as head of the Press Office. Jay Carney is stepping down; Josh Earnest is stepping up.

The White House Press Secretary is, quite often, America’s face to the world. And speaking for the President, sometimes several times a day, the Press Secretary faces many masters – the Commander in Chief, the media, and of course, the American people.

So how to balance the competing pressures: For example, protecting information responsibly vs. the public’s right to know? Particularly in these highly partisan times – with POW swaps, VA scandals, Midterms, Obamacare fights and more – how do you balance policy with politics?

Few in the role had to walk that line more regularly Joe Lockhart, who served as President Clinton’s Press Secretary. Today he is a Founding Partner and Managing Director of The Glover Park Group, which offers media, communications and political strategy to global corporations and non-profits. He also served as Vice President of global communications for Facebook.