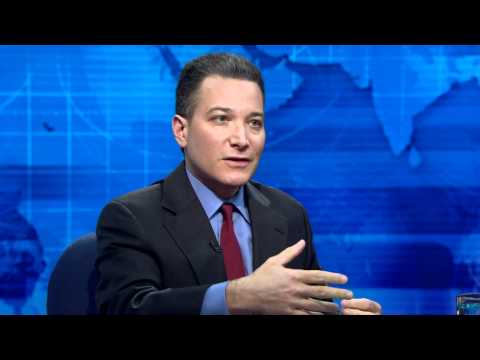 One of the most-watched Supreme Court decisions in years came down on Thursday. As you certainly know, the Court decided 5-4 to uphold President Obama’s central piece of legislation — the Affordable Health Care Act. For policy and political watchers, it was a huge day, setting the stage for the 2012 Presidential campaign. But for Supreme Court watchers, it may have been even more monumental. Chief Justice John Roberts, appointed by a Republican President, provided the deciding vote, siding with the four Liberal Justices. Was it a shocking turn? Or was this the ultimate show of judicial restraint, in keeping with Justice Roberts conservative roots. One well-known Supreme Court watcher is Jeffrey Rosen, Law Professor at George Washington University and the legal affairs editor of The New Republic. His most recent book is “The Supreme Court: The Personalities and Rivalries that Defined America”, and he’s with us now to help make sense of it all. Professor Rosen, thanks for joining. (Originally broadcast 6-30-12 on The John Batchelor Show)