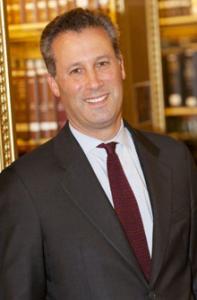 For all the talk of the decline of public education, we take a moment to celebrate one of the most famous public high schools in America – Bronx High School of Science, which turns 75 this year. With 8 Nobel Prize winners – more than Australia, they point out, and tied with Norway – Bronx Science is one of the most accomplished public schools we have. It is also home to an incredible alumni list, including writer E.L. Doctorow, architect Daniel Libeskind, and my next guest, New York Public Library President & CEO Dr. Anthony Marx. The former President of Amherst College, Dr. Marx has spent his career promoting higher education for low-income students and today runs the one of the largest public libraries in the world — at a time when technology and digital are completely overhauling not only how we learn, but perhaps even what it means to be a library. (Originally broadcast 4-21-13 on The John Batchelor Show)