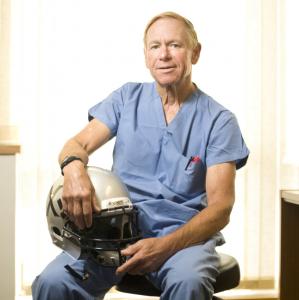 From pro football to the pee wees, international soccer to girls youth leagues and beyond, the latest concern in sports has nothing to do with competition,  sportsmanship or even TV money. It’s concussions. As quickly as we realized that seat belts save lives and texting while driving kills, a whole new consciousness exists around what happens when your brain shakes violently. This sociological and medical shift occurred seemingly overnight, faster than cigarettes were snuffed from resataurants or calorie counts appeared on menus. If you’re not aware of the issues around concussions, then you may not have listened to Dr. Robert Cantu, professor of neurosurgery at Boston University, senior consultant to the National Football League and co-author of “Concussion and Our Kids: American’s Leading Expert on How to Protect Young Athletes”. As much as anyone, Dr. Cantru drove the concussion discussion, and he joins us now. (Originally broadcast 10-27-12 on The John Batchelor Show)