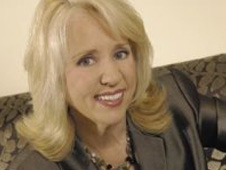 Harvard University recently announced the Top 25 programs in this year’s Innovations in American Government Award competition. We’re here to talk about one of them. It’s called LAUNCH. It’s a partnership among NASA, USAID, the State Department, and NIKE, the apparel company — and it uses online collaboration and crowdsourcing, as its mission says, to do no less than maximize human potential. What does that mean in actuality? How does it work? Diane Powell is from NASA’s Office of the Chief Technologist, the area where LAUNCH was launched. (Originally broadcast 5-5-13 on The John Batchelor Show)