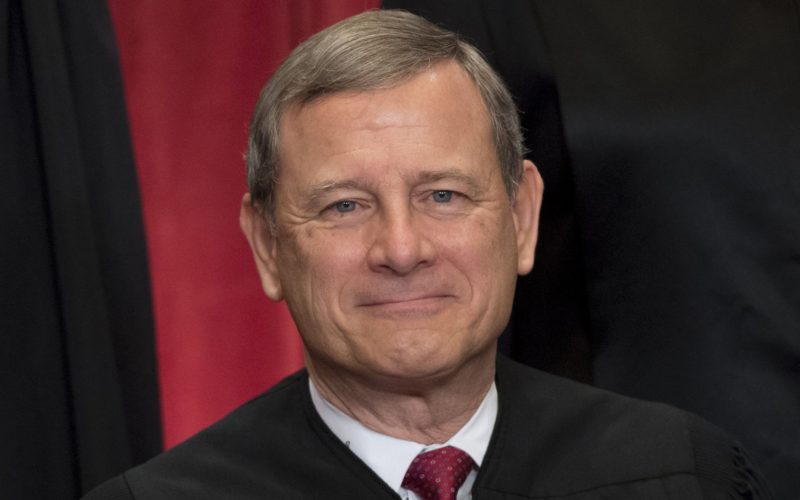 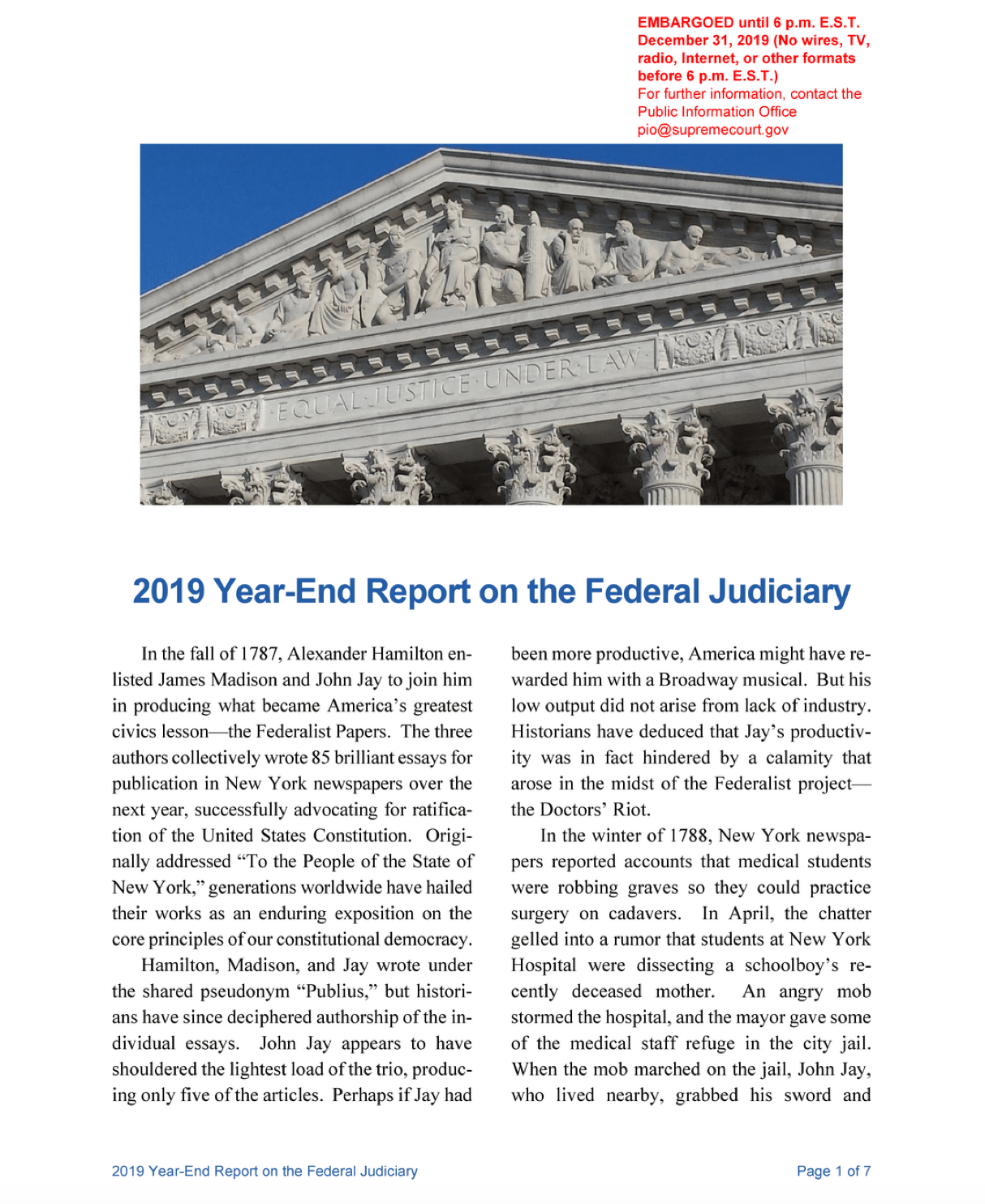 You may have noticed: Especially with the impeachment, there’s been a lot of news, coverage and discussion – tweets, speeches, rallies, angry letters, hearings, cable panels – around two branches of government: The Executive and Legislative.

But assuming House Speaker Nancy Pelosi indeed sends the two Articles of Impeachment to the Senate, and assuming Majority Leader Mitch McConnell indeed convenes a trial, our third branch – the Judiciary – will be front and center.

That’s because, as you may know, when the President of the United States faces an impeachment trial in the Senate, the Chief Justice of the U.S. Supreme Court presides. And that person, of course, is John G. Roberts.

Now, we don’t hear much from Chief Justices. Sure, they write some of the Court’s opinions. But they don’t really do interviews. They certainly don’t tweet. So when they speak, their words carry great power, and everyone scrambles to read between their lines.

Actually, he published – on New Year’s Eve, his annual Year-End Report on the Federal Judiciary. And, of course, with the tensions among the branches of government – with an impeachment trial likely on the horizon – this year’s report was widely anticipated.

You may recall Roberts’ last comments that seemed to be directed towards President Trump in 2018, when the Chief Justice reminded the President that, “We do not have Obama judges or Trump judges, Bush judges or Clinton judges. What we have is an extraordinary group of dedicated judges doing their level best to do equal right to those appearing before them. That independent judiciary is something we should all be thankful for.” President Trump tweeted back: “Sorry Chief Justice John Roberts, but you do indeed have ‘Obama judges,’ and they have a much different point of view than the people who are charged with the safety of our country.”

So what about now? Would Roberts say anything about President Trump? Would he reveal his feelings on the state of our nation – on whether we are in, or headed towards, a Constitutional Crisis?

As the New York Times described, Roberts “issued pointed remarks… that seemed to be addressed, at least in part, to the president himself. The two men have a history of friction, and Chief Justice Roberts used the normally mild report to denounce false information spread on social media and to warn against mob rule. Some passages could be read as a mission statement for the chief justice’s plans for the impeachment trial itself.”

Editor’s Note: This is a DocuPod – audio reads of important public documents. No conversation; no interview. Just the document itself.

Here’s why I do them: First, with our democracy under stress, these documents are interesting and essential; 2) with all of the spin, it helps to know the exact words ourselves; and 3) those exact words are powerful — much more powerful than that third-party spin. And of course: It’s really hard to find time to read them.