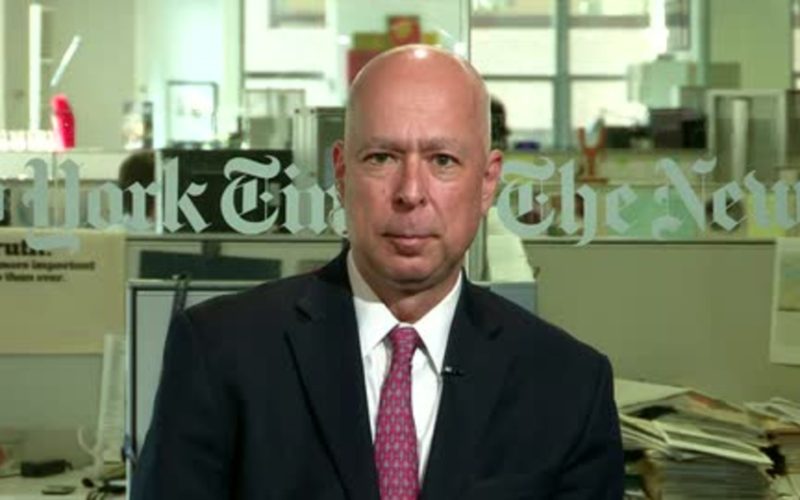 It was the Supreme Court session Democrats feared and Republicans had waited a generation for – a solidly conservative 5-4 majority. It took the Merrick Garland block and Brett Kavanaugh hearings to get here, and now that first session is complete.

So how’d it go? Were the fears and hopes realized?

That’s what I asked Adam Liptak, who watches, studies and explains the Court about as closely and insightfully as anyone. Liptak covers the Supreme Court for The New York Times and writes Sidebar, a column on legal developments. His background is perfect for the role – a decades-long blend of journalism and law at the highest levels.

Liptak first joined The Times after college as a copyboy in 1984, and then during law school, he worked as a summer clerk in The New York Times Company’s legal department. After graduating, Liptak worked at a New York City law firm as a litigation associate specializing in First Amendment matters. Four years later, he rejoined The Times’ legal team – and then in 2002 officially joined their news staff. Liptak also has taught courses on the Supreme Court and the First Amendment at several law schools, including Yale and the University of Chicago.

As you’ll hear, for all of this session’s surprise alliances and shifting balance, it may turn out to be an important prelude that sets up a supreme bonanza: A 2020 election year session that confronts some of our most contentious issues – Immigration, the Second Amendment, discrimination against gay & transgender workers, and possibly abortion, as well as health care and the Affordable Care Act.